The Land Down Under is the land of intrigue. Australia due to its geographical proximity to the rest of the world always comes off as a country with an X Factor, something different to what you’ll find across the mainland of Planet Earth. The glamour of travel in Australia is often associated with the megacities of Sydney, Melbourne and Brisbane, which is quite understandable given that they are the lynchpins of the country’s economy and attract the most visitors. However, the one city I was looking forward to the most when planning my trip was far away from the big 3, a substantially laid-back tropical beachside retreat of Cairns on the far north coast of the country.

We kept Cairns for the very end of our trip, to spend a relaxing time after being blinded by the city lights from the other parts of Australia, and from the very minute we landed we were not disappointed. New South Wales and Victoria in the month of May are very cold, and it was very refreshing to be in a tropical place where you don’t need to layer up! Cairns at first glance just felt like the world had slowed down for a while, and we were at ease to finally be able to wander around at our own pace, after the long and hectic touristy runarounds in and around Sydney and Melbourne. We spent the first afternoon and evening to take a peaceful stroll through the city, walking by the harbourfront and taking a little dip inside the City Lagoon, watching ships sail in and out of the harbour and observe canoers enjoy their evening activity with an oceanic sunset in the backdrop, as blissful as it gets. 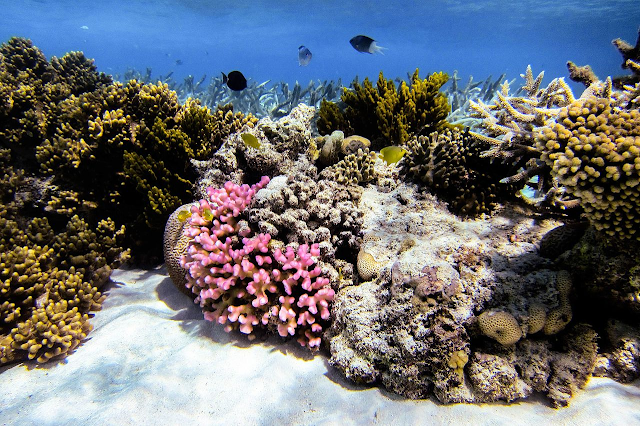 All of this does seem like Cairns is one of those staycation destinations where you just kick back into an infinity pool overlooking the Pacific Ocean and watch the seagulls fly by, one of your typical “Wind in my Hair but I don’t care” places, although that is hardly the case. There is a lot to explore in the area. By the night, the peace-loving seaside chilling place turns into a hip party destination, with bars, cafes and nightclubs teeming with people, who also frequent the local casino to try their luck. The real beauty of Cairns however, is in its nature. Cairns is the gateway to one of the Wonders of Nature, the Great Barrier Reef, which is the main point of interest that draws people to the northern tip of Australia. The reef is one of the largest ecosystems anywhere in the world, and is the world’s biggest single structure made by living organisms. Rightly named a World Heritage Area, the Reef is so gigantic that it can be seen from Outer Space. 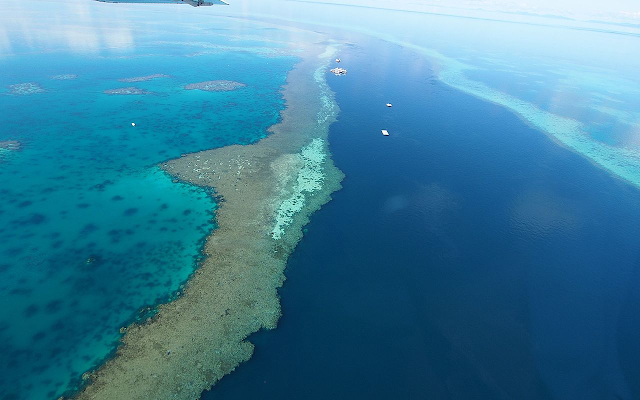 There are several tours from Cairns into the Great Barrier Reef, with large ferries taking you into the region to explore the marine life in the region. Our boat had a semi-submarine glass bottom, from where we could see the corals in all of their beauty, and several schools of fishes finding refuge within the nooks and corners of these corals. If you’re lucky, you might even spot a Sea Turtle or two. Snorkelling and Scuba Diving are also viable options, to really get up close and personal with the aquatic life of the Great Barrier Reef. Seasickness can be a real issue though, so do stock up on tablets. After our rounds of swimming in the ocean and saying hello to Nemo, we had the opportunity to witness just how enormous the Reef really is, from a helicopter. The Deep Blue Pacific Ocean mixing with the Turquoise Reefs is a sight to behold. It really shows you just how big the planet is, and how small you are in comparison. The sad reality of today is that Climate Change is having its worst impact on the Great Barrier Reef, and Coral Bleaching is a grave threat to its existence. It is a threat that seems even more real once you’ve seen just how beautiful the corals are, and can just hope that they can survive and be preserved through human effort, as it will really be a devastating loss to see something so surreal cease to exist when it was all completely avoidable.

The next day, we headed inland, and took the Kuranda Scenic Railway. This rail-route takes one from the city of Cairns to the plateau town of Kuranda, on the Atherton Tableland. A two hour-long train ride takes you up the McAllister range where you’re greeted by a number of waterfalls cascading down from the tableland. One of these is Barron Falls, where the train stops for tourists to go check it out. Barron Falls are the biggest of all the waterfalls in the area, overseeing Barron Gorge and I’ll let the picture do the talking here. The falls gush with far more vigour during the wet season, we happened to visit just at the start of the dry season in Australia. The destination of the train journey, Kuranda is known as the ‘village in the rainforest’ and lies bang in the middle of The Wet Tropics of Queensland Area. The village is often regarded as a Bohemian retreat, oneness with nature being the USP. You’ll find several souvenir shops with handmade Aboriginal artefacts on sale, my suggestion is to complete your Australian experience by buying a handmade boomerang, there’s plenty of space on the tableland to test it out and perfect your throws! Largely, Kuranda is a peaceful walkabout with its fair share of history and heritage. You can even find the remains of a Japanese plane, after it crashed in the area during World War 2. You can also spend some time with some exotic birds at the Kuranda Bird Park, before making your way back to Cairns in the evening, a complete experience. 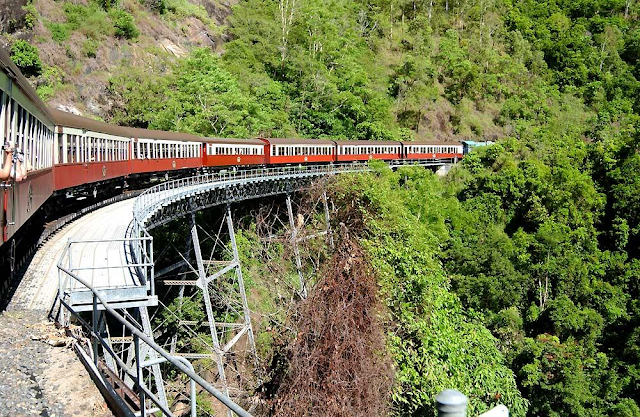 I must say, I was the most excited about Cairns when I planned my Australia trip mainly because of the Great Barrier Reef, but also because it was something completely different from the other places I was to visit in the country. I’m so glad I did my research, and I hope this article serves as a placeholder for you as well when you plan a trip Down Under. Do take some time out of our Aussie trip to visit Cairns, as you never know for how long humanity might be able to witness the Great Barrier Reef in all of its glory. Climate Change is real, and there might not be too long left. I know I’m leaving the article on a grim note, but it’s food for thought nonetheless. Visit Down Under before the world goes down under!